ASEAN Past, Present, and Future

The single objective of the ASEAN Economic Community (AEC) was to create a single market. The driving force behind this ambitious endeavor was to accelerate regional integrated priority sectors, movement of business personnel, and stronger institutional mechanisms. It established a unified market and production base with five core principles: free flow of goods, free flow of services, free flow of investment, freer flow of capital, and freer flow of skilled labor. These pillars would endeavor to catalyze a competitive economic region, equitable economic development, and integration into the global economy.

In the 50 years since its nascency, ASEAN has evolved into a vibrant economic community and global trading hub. The organization comprises 10 neighboring countries and 9% of the world’s population, which, combined, form the third-largest economy in Asia and seventh worldwide-projected to propel to fourth by 2050. ASEAN’s current demographic, with its median age of 28.9, has market edge-free from the fetters of more traditional thinking, eager to embrace new business models and quick to drive momentum. Boasting a rising middle class, robust population growth in an ageing world and fast technological uptake, it is one of the largest growing consumer markets in the world. 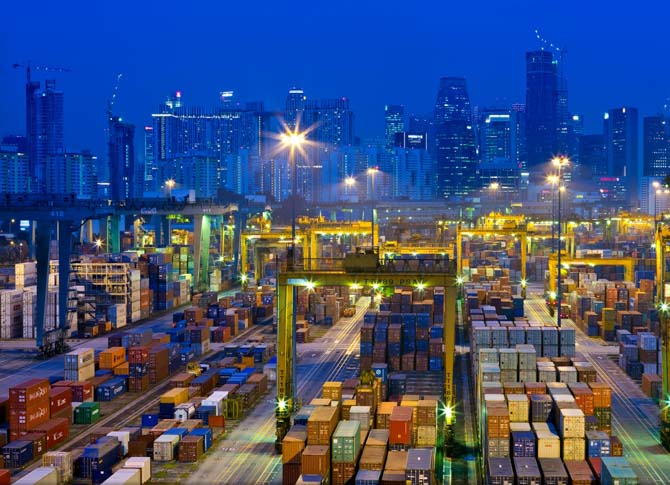 In the 50 years since its nascency, ASEAN has evolved into a vibrant economic community and global trading hub.

By any measure, this is exciting. ASEAN’s commitment to spend more on infrastructure is vital in order to boost economic and social development through the improvement of basic necessities such as power, water, and transport throughout the region. The IMF estimates that each dollar spent on capital spending raises a country’s output threefold. As a result, the required capital investments are expected to gain considerable momentum over the next few years, generating multiple long term investment opportunities.

In the ASEAN 2017 Investment Report, it elucidated its plans for key investments in port and railway development, natural gas, renewable energy (especially hydro, geothermal, biomass, wind, and solar power), global manufacturing, aerospace, aviation MRO and expansion, digital technologies, tourism, and much more. Despite the daunting investment costs, the potential long term benefits are recognized throughout the region. The challenge is to mold viable economic proposals and financially engineer the feasibility of some the costliest infrastructure projects ever undertaken. In a region where the main cities and their populations are expanding fast, infrastructure is a growing consideration.

According to multiple banks, the region will need to spend US$950 billion by 2020, if its economies are to grow and develop. The need to roll out transport projects is increasingly important given urban populations are predicted to double by 2020, with 120,000 people relocating into the cities on a daily basis. 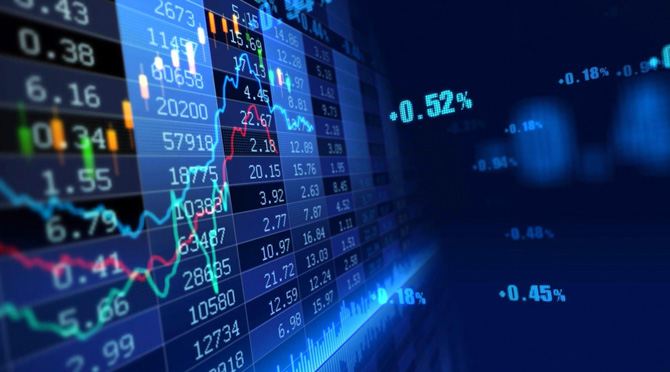 The ASEAN Infrastructure Fund (AIF), which is co-financed and administered by the ADB, was also launched in 2012. With an initial lending target of up to US$300 million a year but through a 70% - 30% split on project exposure arrangement, it is now able to leverage up to US$1 billion a year consistently. Additionally, considerably more money is likely to be available as a result of the formation of the Asian Infrastructure Investment Bank (AIIB).

While FDI inflows to ASEAN members fell 8% between 2014 and 2015 to US$120 billion, the amount of FDI into manufacturing continues to rise, with many multinational enterprises expanding their activities in the region. Investment from Australia, China, India, Japan, South Korea and New Zealand, increased 11% to US$40 billion. The six countries are prospective partners with ASEAN in the Regional Comprehensive Economic Partnership.

...in recent years there has been substantial economic growth and development among emerging markets within the ASEAN region. There is no doubt that enormous opportunities exist within these economies in the coming years for both local and multinational companies.

Clearly, in recent years there has been substantial economic growth and development among emerging markets within the ASEAN region. There is no doubt that enormous opportunities exist within these economies in the coming years for both local and multinational companies. The further integration of ASEAN through closer trade ties and enhanced economic cooperation, combined with increased spending on infrastructure and manufacturing, will provide a solid platform for the region to continue to grow.

The continued integration will lead to even further economic benefits including: lower prices of goods because of a lifting of tariffs, increased availability of quality goods and services to increase consumption and energize the economy, increased cross-border trade and investment, generating profits for investors and employment, spurring economic growth in host countries, and greater mobility of professionals and professional services across the region. In other words, it is envisioned that ASEAN will continue to boost commercial and professional activity among its member countries, essentially rendering their borders economically non-existent. 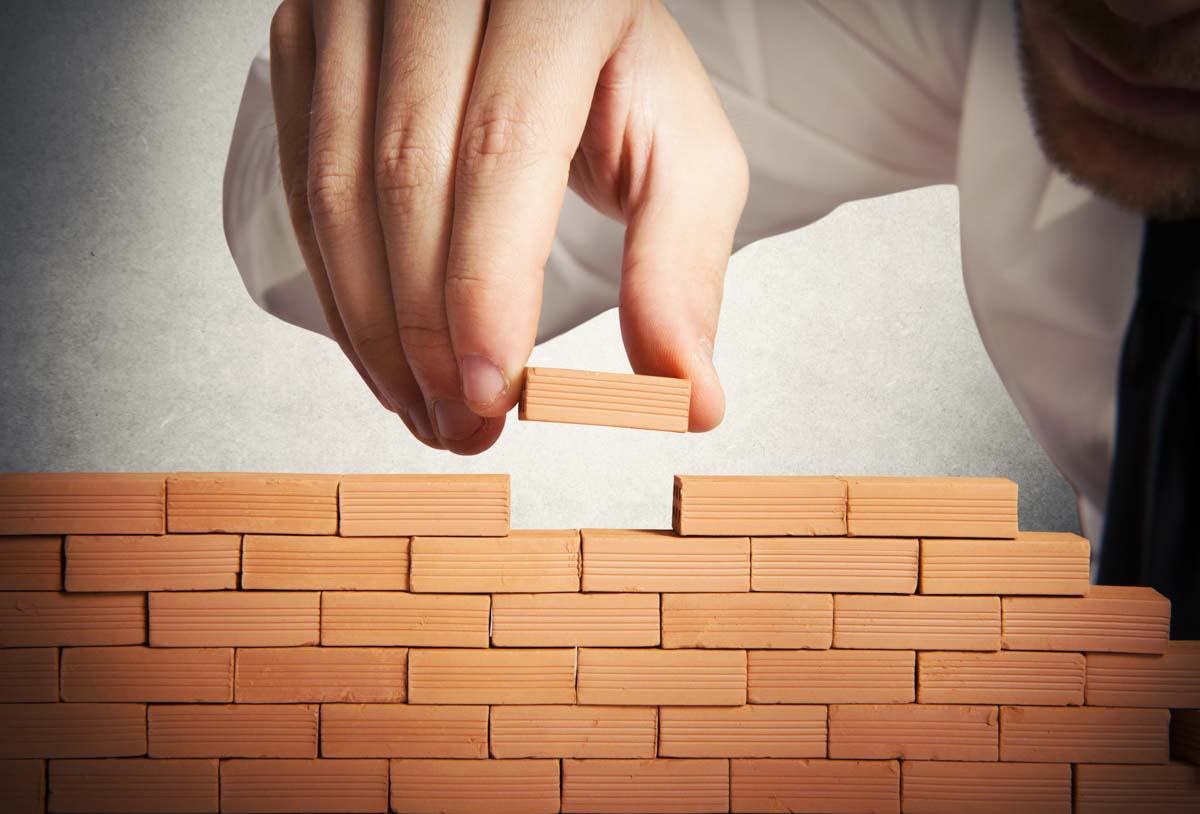 There is also no doubt amidst the opportunities of a borderless Asia lie multiple risks. As ASEAN begins to become a financial powerhouse for emerging markets, foreign investors must think critically about commercial disputes which may arise if they plan to pursue cross-border economic activity. It is beyond question that more and more corporations and companies across the Asia Pacific region have ceased to take on a nationalistic or purely domestic business model. In this era of globalization, corporations from one country have transacted regularly with their foreign counterparts.

In fact, most corporates operating in ASEAN, or those looking to do so, should account for the diversity across the member states including different currencies, structures and regulatory environments, not to mention developmental, historical, infrastructural and linguistic divergences, and the significant complexities these can create. Moreover, new uncertainties surrounding globalization, tighter monetary policies, China’s slowing growth, and other key geopolitical changes will continue to change ASEAN’s regulatory, monetary, and operating environment. Typically, transactions are reflected and memorialized in contracts that contain, among others, clauses that outline the process of resolving disputes arising under said contracts.

Predictably within most jurisdictions, a significant consequence of increased development, integration, and transnational transactions is the greater possibility of commercial conflicts and disputes both in quantity and complexity. Even so, foreign investors may not necessarily want to have these disputes settled in national courts. Corporations in Asia that regularly transact business beyond their respective borders have been reluctant, to say the least, in selecting litigation before national courts as the method of resolving contractual disputes. This is perhaps due to a natural distrust that a corporation of one country, in a contract with a foreign corporation, would be favored by its local courts.

International arbitration has become the preferred mode of resolving disputes that arise out of ASEAN transnational commercial transactions.

It has become clear that disputes litigated before national courts may not be ideal. First, there is a perception of ‘home court advantage’ or the existence of a natural bias towards entities incorporated or based in their country. Second, litigation before national courts is invariably public and involves the parading of ‘dirty laundry’ through the media in high-profile proceedings. Third, there is also a perception that parties, especially those based in the country where the relevant national court is seated, would be able to frustrate the enforcement of any judgment through lengthy appeals. Fourth, it can be said that a significant number of these cross-border disputes involve technical and specialized matters, such as intellectual property, shipping and construction, not necessarily within the competence of judges and magistrates in national courts of general jurisdiction.

Considering all these misgivings, the need for credible, trustworthy, and neutral international dispute resolution mechanisms is imperative. International arbitration has become the preferred mode of resolving disputes that arise out of ASEAN transnational commercial transactions. International arbitration benefits from the 1958 New York Convention on the Recognition and Enforcement of Foreign Arbitral Awards, to which 148 countries, including all ASEAN members, were present. As the New York Convention ensures the enforceability of both international arbitration agreements and awards in most jurisdictions, including ASEAN, it would thus be more beneficial for parties to arbitrate cross-border disputes that may arise upon the creation of the ASEAN Community. The use of international arbitration centers is indeed favored due to their affordability, flexibility, speed, privacy, global enforcement, highly specialized global arbitrators with technical experience, neutrality, and, of course, non-involvement from the local courts.

As investors ramp up investment in ASEAN or enter the region for the first time, understanding where international arbitration is available and how to access it can provide significant protection from regulatory uncertainty. Realizing the worth of international arbitration, governments across Asia have considerably strengthened and reinforced their laws, institutions, and facilities in order to attract top-value arbitral disputes.

One could perhaps surmise that international arbitration and other alternative modes of dispute resolution will continue to flourish as Asian economies and corporations continue to work together and integrate. In fact, we believe that the alternative dispute industry has a key role to play in building the future of ASEAN. As we look into the next ten or twenty years, we see the need for long-term capital investment protection as one of the critical factors to build the success envisioned for the ASEAN region. 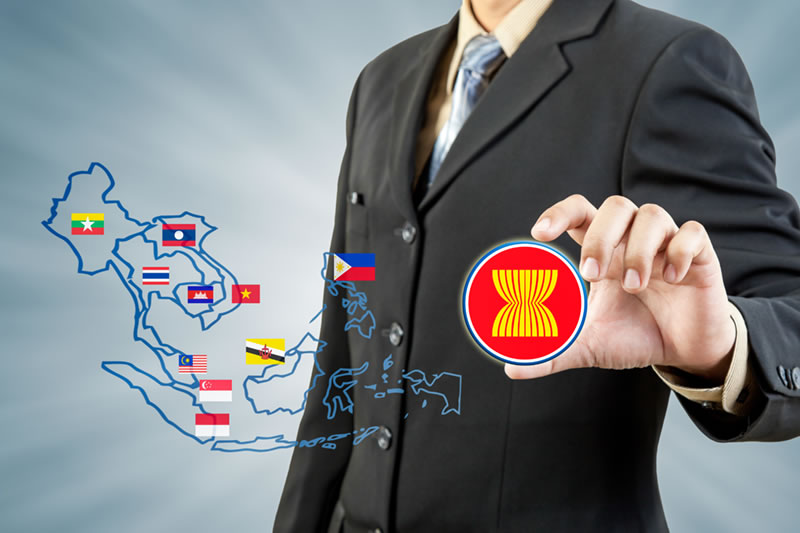 Our engagement with ASEAN is part of a long-term strategy. Perfectly positioned to add value to the region's rapidly evolving milieu, we thrive in highly complex and critical environments with our own set of top-notch, uncompromising standards. The breadth of our experience is extraordinary. Our team works across many sectors including oil & gas, emergency services, defense, mining, construction, maritime, transport, infrastructure, and energy markets. We are able to bring that experience to bear in the fast-growing and challenging ASEAN market to good effect for our clients.

In this distinctive and traversing environment, the successful arbitration service players are likely to be those, such as BIAMC, that combine two key features: an extensive “footprint” across the region and local expertise and services which are tailored to the specific characteristics of each market. We can help corporates steer through this turbulent but potential-rich market. Our core objective is assisting in resolutions that drive down costs, increase asset availabilities, and preserve future and strategic business relationships through unique, performance-driven dispute resolution delivery services.

At BIAMC, we are committed to strengthening our industry knowledge and presence throughout the ASEAN region, cooperating with governments, the private sector, and civil society. Our focus on innovation and partnership is key. It means we are constantly seeking new ways to deliver better support to our clients in their pursuit of their business goals. Through our global state-of-the-art facilities and services, we can be relied upon to meet every new challenge with confidence. It’s why BIAMC is trusted to deliver.

In order for companies to excel at cross-border economic activity, there is a need to understand both the legal and non-legal options they have at their disposal regarding commercial disputes. By doing so, they are increasing their stability and potential for success of their future business within the region. It is not only prudent but also critical that clients consider designating BIAMC as their physical place of hearing in order to preserve neutrality and confidentiality instead of engaging local centers. As fast-growing international arbitration service center located in Indonesia, we are tactically placed in what are considered financial hubs connecting the East and the West. With the previous choices of both Bali and Jakarta centers, BIAMC can provide individualized options for any and all commercial dispute proceedings.

No doubt, ASEAN will offer increasing opportunities as it enters the second half of its first century. Those looking to flourish in the region must ensure they have the right dispute resolution partner to take a holistic approach that allows for future scalable growth. This partner must have a deep understanding of the business and cultural dynamic stemming from a comprehensive on-the-ground presence, instigate exigent changes, and continuously invest in innovation and technology to stay relevant in a fast-developing atmosphere. BIAMC is that partner.

Above all, our role as a top arbitration and mediation resource to ASEAN countries makes us a partner in the region’s future success. It would be no exaggeration to say that we see our own future intertwined with that of ASEAN.